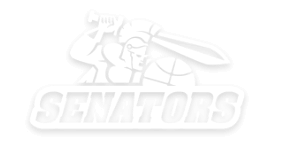 Integrated- To reach our potential, it takes more than just skill training, it takes a holistic approach. This development includes communication, humility, mental toughness, nutrition, strength & conditioning, & so much more. We want to see more well-rounded players as well as complete people.

To impact the whole of every person entering the 3rd place.

The creation of the Stirling Basketball Club is a unique and inspiring story that began in the late 1960’s when a group of 15 – 17 year old boys from the Tuart Hill Junior Basketball Club formed the club because there was no clear pathway for them to continue their basketball careers in the Western Australian Senior District Basketball Competition (SBL).

Introduced to the sport of basketball by Tuart Hill High School Physed Master Ed Rogers, the boys from Tuart Hill Junior Basketball Club dominated the states junior competitions through the 1960’s and provided the bulk of the Western Australian junior state team representatives.

At that time Tuart Hill was a feeder club for the Perth Basketball Club, the leading senior club in Western Australian basketball. Coached by former American college coach Norm Majors, Perth were in a position where they did not want or need all of our players but could just select a few of the best. Limited selection meant that many boys would be left with the prospect of not having a senior career in basketball after dominating the sport in junior ranks.

Lead by Alan Simmonds with help from older boys including Michael Henderson, Ian Barnes, Paul Newman and supported by parents Con Gendall, Shirley and Clive Lindsay the boys approached the state association and proposed that a new district association be formed called the Stirling Basketball Association. The Stirling proposal was based on the incorporation of the Tuart Hill Boys and Norths Girls junior basketball clubs in the Stirling Association. The proposal also highlighted what had been achieved by Tuart Hill including creating the states leading junior development program. Stirling had all the right ingredients for long term growth and success and presented an ideal District Club to join the Western Australian Association.

The proposal was accepted and the Stirling Basketball Association was formed in 1971 providing a pathway for all Tuart Hill boys and Norths girls basketball players to enter the Western Australian Basketballs Association senior competitions under the Stirling name. Team entry also included the elite mens “A” Grade District Competition with Stirling Senators first team “A” Grade District team competing for the first time in the 1972 season.

Senior player and one of the main people responsible for driving the foundation of Stirling was 18 year old Alan Simmonds. Alan was appointed as the first Club President, with parental supporters Con Gendall Vice President, Shirley Lindsay Secretary and Clive Lindsay Treasurer. Colin James from NSW was approached and agreed to be the first the clubs first Senior Club Coach.

Colin was Western Australia’s leading junior coach and he had coached many of the Tuart Hill boys in various junior state teams. Colin was an ideal and natural choice to lead the boys in their entry to the highly competitive “A” Grade District competition (SBL), he was a great contributor with a discipline and structured approach to coaching that proved to be the benchmark of the local league. Colin was a tireless worker for the basketball community and was later to become a Life Member of Basketball Western Australia.

Remarkably with an average age of just 18 years the Senators had the early expectation of completing the year around the bottom of the competition. The team lost early but finished the year strongly to beat many of the more experienced senior teams. The club competed and finished its first year in the “A” Grade competition in 3rd position after making the finals and beating the more experienced Rick Longley lead team Perth YM in the semi finals. It was clear after the first year of entry to the league that the Stirling Senators had the talent, organisation and drive to become a powerful and successful club. 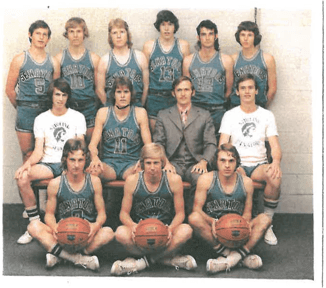 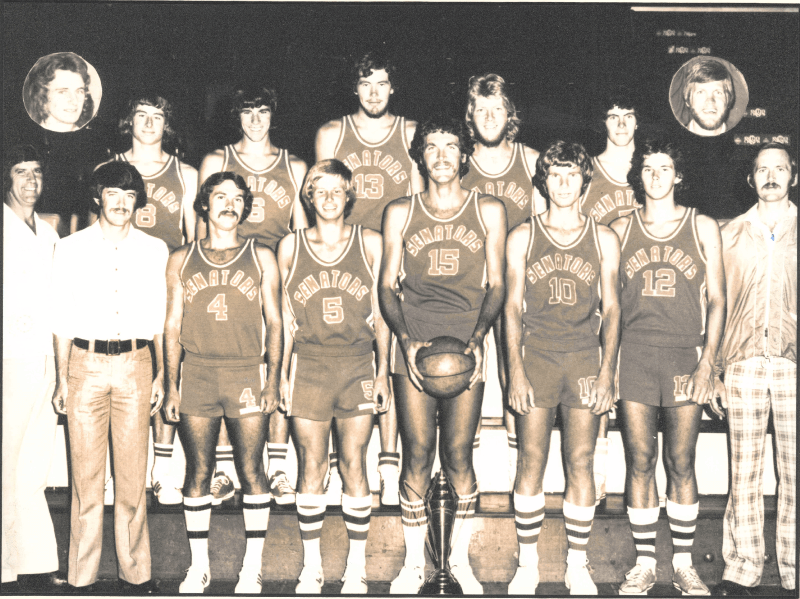 After just three years in the senior competition the club competed in its first “A” Grade District grand final in 1974 losing to Swan Districts by 13 points. The follow year the team again made the grand final this time against arch rivals Perth. History was made that night for the Stirling Senators won that game with a nail biting one point victory win 69-68. The young boys from Tuart Hill lead by Colin James had become the best senior basketball team in Western Australia.

In 1977 after 5 years of success the previous years assistant coach Gordon Ellis took over from Colin James to coach the Senators. Gordon was father of Mike Ellis one of the younger players in the 1975 championship team and a future Australian player and captain of the Western Australian’s NBL champion team the Perth Wildcats.

With a background in tennis Gordon’s involvement in basketball was motivated by his son’s involvement. He became a committed student of the game observing and studying coaching and player development methods. Gordon proved a great innovative and inspiring coach who would drive the Stirling Senators forward to its next level of growth after the successful first 5 years under Colin James.

Under Gordon’s direction the club would continue to be a major force in the states senior competitions. 1978 proved a milestone year as the club was selected to represent Western Australia in the National Australian Club Championships, an annual competition where the top two clubs from each basketball association throughout Australia would compete to decide the nations best club. This competition was a precursor to what we now know today as the NBL.

Previously the best a Western Australian team had achieved was a 12th place finish against 30 of the best teams in Australia.

In the 1978 Australian Club Championships in Adelaide the Stirling Senators were the surprise team of the championships. While expected to lose early in the qualifying rounds as previous Western Australian teams had done the team kept winning, crushing teams by large margins to reach the grand final game where no other Western Australian team had been before. While leading by a point at half time against the highly credentialed Nadawading Spectres lead by Bill Palmer and included Wildcats player and coach Alan Black a win was not achieved but the Stirling Senators Basketball Club had proven to be one of the top two teams in Australian Basketball.

The Stirling Senators had put Western Australian basketball on the national map, a trend that continued with the eventual dominance of the Perth Wildcats in the national NBL competition.

In the club’s first 10 years the Stirling Senators had achieved remarkable success, local finals in each year with 4 championships and numerous best overall club awards from the West Australian Basketball Association.

Stirling’s early history is a great inspirational story of a basketball club that was formed by a group of boys who had the drive, vision and desire to compete at the highest level. The foundation of the club is testimony to what can be achieved by our youth given the opportunity, environment and direction. 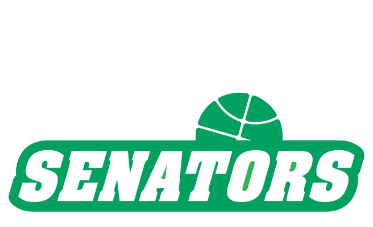